A Conversation with Joan Horsfall Young 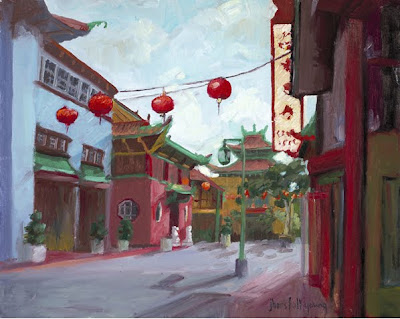 Joan Horsfall Young is a Southern California based plein air impressionist painter specializing in landscapes and florals. Joan was interviewed in person.

Where did you grow up?

I grew up in Toronto, then as a young adult moved to Europe, then from Europe to California.

When did you realize that you wanted to be an artist?

When I was a child, I followed my dear friend Pixie around, who was gifted, a prodigy artist. On Saturdays we would take the bus down to the Women’s League where we would take art classes together. Whatever Pixie wanted, I did. Finally when it was time for me to decide what I wanted to do with my life I realized that I wanted to do it for me too. So I went to art school. Art’s always been in my life, although it was interrupted, by family, and by moving around. Still, even then, I worked at my art doing sculptures and painted murals on children’s nursery walls. I’ve always done artwork.

Do you think that you can teach someone to be an artist or is it something that they are born with?

I think that maybe you are born with the ability to have discipline and drive and the stupidity to stick with it. But you certainly can teach all of the tools of the trade. When people say do you have talent, I think that talent is the ability to learn your lessons and stick with what you want to do.

As someone who went to art school, are you satisfied with the education that you got there?

Well I had a wonderful time - because it wasn’t Latin. It was in the 60s so basically as far as the fine art went we were throwing paint at canvases and action painting and all that sort of stuff. I did get a good grounding in art history, and in commercial art and in printmaking and lettering. We learned all the tools of the art trade. But I didn’t learn how to draw or paint so that I had to learn afterwards.

If you could be any other artist for one day, alive or not, who would you be?

First I have to tell you about the two men standing on a cloud, barefoot, in holy rags, looking down at the earth, and they’re saying, “Oh sure, now you want to buy our paintings!”

I would like to be one of the Group of Seven. But in 2010 when we have bug spray and cell phones. They were pretty hardy, but I don’t know, although I love the Canadian North, I don’t know if I could have done what they have. Tom Thomson is wonderful, Varley, J.E.H. McDonald’s compositions…and because I know the country that they’ve painted. Growing up the Group of Seven prints were in every single classroom, so we took it all for granted. In art school we would look to European painters, certainly Fantin-Latour and Van Gogh were heroes of mine. I think Canada and the United States had an inferiority complex about their own artists. During my lifetime our artists have come to their own - our impressionist artists. Now they are all on equal footing with European artists, which they weren’t when I was younger.

Well yes, I’m delighted to share them, and my brownie recipes too.
But there’s nothing mysterious about my techniques. They are strictly by the textbook of old, traditional, painting. I use paint and I use oil, my substrate may be primed with gesso, and I use very little medium and that’s it.

I use odorless paint thinner. There’s nothing mysterious about it. It’s not like many people who are into “modern art” and where their work is about methodology and their work is about investigating different mediums. I just want to paint what I see. The subject matter is about how the light falls and the color of that light is all I’m painting. It’s so simplistic and that’s what I like my work to be – I strive for paucity.

Do you paint the colors that you see?

For me the game is to paint what I see – and that’s no easy chore – to see correctly, to see the colors of the shadows. That’s the exercise.

My first thought when looking at the subject matter, particularly in landscape is whether the predominate blue is going to be Ultramarine or Pthalo. If I pick Ultramarine then all of the colors that go with that will fall into place, the greens that will work with an Ultramarine sky. The same with the Pthalo, it’s a slightly different palette that is required. 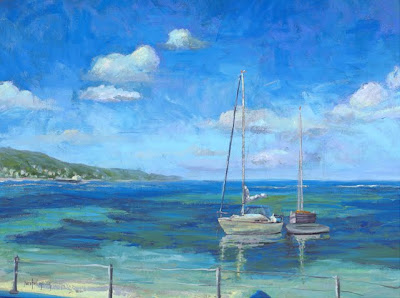 How often do you start a painting?

Often. The problem is not starting the works, it’s finishing them.

When I’m painting en plein aire those are very quick sketches, so I do two, or three, or four on a good day. When I get back in the studio obviously I’m taking more time with them and they’re bigger. But even then, the trick is not to overwork them, the trick is to keep them fresh and simple.

It’s difficult. I’m pretty good at stopping - in time. It’s about knowing that you’ve said what it is you set out to say. Oftentimes I think I’m finished. I’ll turn it away and I’ll go back to the painting six months later and realize that I’ve left out major chapters and I’ll have to go back into it and of course that’s the problem with selling a work straight off the easel. It’s really better if I let it sit and go back and revisit it.

Goodness, young children, flowers. Flowers, I just laugh at them. Because every one is like a naughty little child just doing it’s own thing. It’s all so joyous; it’s all about what makes me get up in the morning.

Do you find that your own life experience plays a role in your imagery?

Yes. I’m drawn to subject matter that reflects a calm, a security, family, structure, the past, the Victorian Past, so often I will use in the Still Lifes things that are in the house because they’re there. I’m not at all interested in painting modern cityscapes. It’s just too real for me. What I want is safety and security and to have the comfort. So, when the viewer looks at it, the viewer feels happy and comfortable…Far from the Madding Crowd. 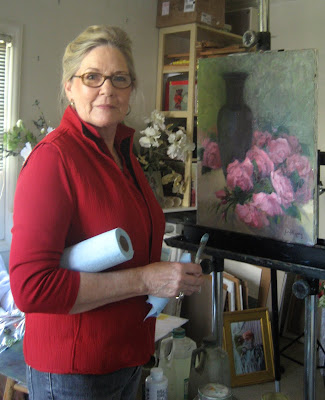 Joan Horsfall Young in her studio.


You can see Joan Horsfall Young's latest work at TAG Gallery. Her exhibition opens February 2, 2010.
Posted by TAG Gallery at 8:27 AM No comments:

A Series of Interviews With TAG Artists 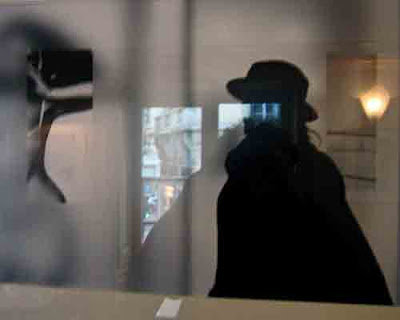 What makes a person an artist?

Are artists different than other people? If so, how?

Why do they create, what are they trying to say, what inspires them and what scares them?

These questions and more will be explored in an upcoming series of interviews with TAG Artists wherein they tell in their own words their experience as artists; from how they deal with the challenges, to their techniques, influences and thought processes, to what inspires and motivates them and what they want to accomplish. Find out who these artists are and what makes them unique.

Your participation in these interviews is welcome in the comments section. 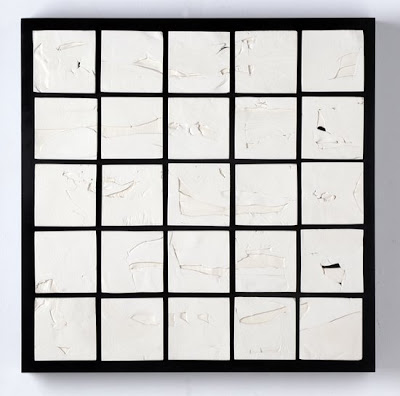 Posted by TAG Gallery at 6:37 PM No comments: