After shifting from her artistic beginnings in photography over a decade ago, Cynthia Alexander’s paintings still maintain a photographer’s focus. Fine lines meet large blocks of color as she celebrates the human body in motion. Bold figures of muscular dancers exude an energetic force in her latest exhibition, in which her dynamic acrylic brushstrokes create a pulsating imagery that brings the dancers to life.

In artist Diane Rudnick Mann’s latest series, she continues to highlight subtleties in her detailed still life compositions. Working with pastels, a medium commonly reserved for loose lines and soft-focus effects, Mann alternatively applies the medium with meticulous intensity. Brilliantly colored crayons, ripe cherries, and unexpected objects pop from the shadows in stark contrast and draw attention to that which may be overlooked in our everyday life.

In Joan Ransohoff’s latest exhibition, she explores the natural world with keen attention to dynamic seasonal shifts. Whether working en plein air or controlling light and shadow from her studio, Ransohoff’s paintings are a vibrant look at the colorful changes in the natural landscape. Turning leaves, dusky skies, and sweeping clouds from the Idaho aspen forests to the beaches of Cape Cod and the California coast present a luminous look at the beauty of the outdoors.

What first attracted you to the idea of bodies in motion?

For many years my work has focused on an exploration of the body - body as landscape, body as geometry, light, texture. Because I've used live models in long poses, my images have generally been static. About a year ago, I noticed a photograph of a dancer in a newspaper and was struck by the interplay of light, color and movement in the image and the extraordinary position of the dancer's body, captured in a moment in time. Out of that newspaper clipping an idea began to take form for a series exploring the body in motion.

What challenges do you find in portraying moving or airborne forms?

The basic challenge in this series has been to convey the sensation and emotion of a body in motion in a static, two-dimensional medium. Because this work is so different from what I have done in the past, each piece has been an experiment. So probably the biggest challenge for me has been letting go of the notion that I need to know where I want to end up when I start. I've had to embrace the uncertainty in this process and stay open to discovering new things every step of the way. The technical challenges have actually been secondary to developing a more adventurous frame of mind when I paint.

Moving away from live models has been tremendously freeing. I really like working alone, and it's been wonderful not having another person in the room who I feel responsible for while I draw and paint. I can work when I want, how I want, for as long as I want. And because I'm working from a representation of a human body with limited information about that body, not the actual body itself, I move more quickly from what I see toward what I envision. The image in the photograph is my point of departure.

Have you had to make any changes in how you go about making the work, in the way you structure your compositions?

In previous work, I've very often depicted figures without heads. I've been more interested in bodies than faces, and wanted to lead the viewer to focus on the body's abstract qualities rather than the image as a representation of a particular person. I've kept the framing of the image tight, moving the figure to the foreground. As I begin now to explore bodies in motion, I find that I need to include the entire figure to make sense of the image and the movement I aim to convey. As I become more comfortable with bodies in motion, I suspect that this will change. The composition of the images may move again toward a narrower focus - but I'm not there yet.

Where do your reference photographs come from, and how does that affect the work?

To start, my reference material came from newspapers and magazines. I tore out photographs of dancers, athletes, fashion models, any moving figures that struck me as interesting and unusual in some way. When I began painting the series, I realized that I needed to limit my exploration to just one genre at first or risk being completely overwhelmed by the amount of new information I was working with. Because I have some dance background, I am more familiar with the physical vocabulary of dance, so I am starting there for this current series. I plan to explore other genres of movement in the future. I suspect that at some point I will work with live models again, where I can orchestrate the movement - but that is for another series.

How do you feel about this change in the direction of your work? Do you like where it has led you, the results?

This new work has brought me a tremendous sense of freedom. Working on the series has been exciting, exhilarating and very satisfying, and has given me many ideas for future work. This is just a beginning.

How do you decide on the objects that are the subject matter for your work?

Only on a few occasions have I looked for something specific to paint. It seems objects are everywhere-super markets, things on shelves in my house, magazines, flea markets and in dangerous places such as my refrigerator. They are unexpected things that sing to me. Some work out and some don’t which unfortunately are the ones I spend the most time on. I have a hard time giving up on a painting. Because I work in pastel, there is a limit to how much I can work on a painting. Pastel is usually done on sanded paper and it can only hold so many layers so overworking is not possible which is a good thing in my case.

What attracts you to the object?

Sometimes the attraction is how difficult it will be to paint. I love color, which is obvious in my work, but it isn’t what attracts me. The challenge is what excites (and terrifies) me. With my work, it either looks like the real object or it doesn’t. I can’t do anything with a “doesn’t”. There are days I wish I could loosen up and paint abstracts but I have no idea how to go there. I’m not sure the objects have stories to tell though there have been some items that I wish I knew the history. I have a collection of very old worn children’s shoes. I try to guess what kind of a child wore them. Were they happy, carefree or troubled. I haven’t painted any of them yet because there is a certain sadness I feel looking at them. After looking at something day after day I usually get attached to the objects-their personalities, not their history

Your type of work is very labor intensive. It is easy to carve out time in your schedule to work?

I find working in such detail almost meditative. Sometimes I can paint for hours without realizing I’ve been standing for 5+ hours. My main occupation is painting so it is always a priority, followed by getting hair color and other necessities. The rest of the time seems to fall in line.

What is it like getting ready for an exhibition-are there any special considerations required to exhibit pastels?

I think I am one among many who gets very anxious before a show: about the work-is it good enough or will I be humiliated, will I finish on time, will I be able to talk about my work to people coming into the gallery. Will anyone even like it. I love pastels but you have to be committed to work with it. It is extremely messy but the biggest issues for me is framing a pastel. They have to be framed, with spacers to leave room for any pastel dust that may fall down and they have to be framed with glass or plexi. If uncovered, the pastel can be smudged or wiped off. What is so unsettling is leaving the painting at the framer. Will they keep it covered? Will they always keep it right side up, will they leave pastel dust on the painting? I compare it to leaving a child with a stranger who may or may not be thoughtful or careful. I don’t expect “love”- just a little caring.

What satisfies you most about your work?

Finishing it in a way that it looks as I wanted it to look. And obviously, having someone want to hang my work in their home.

Posted by Katherine Kean at 9:38 AM No comments: 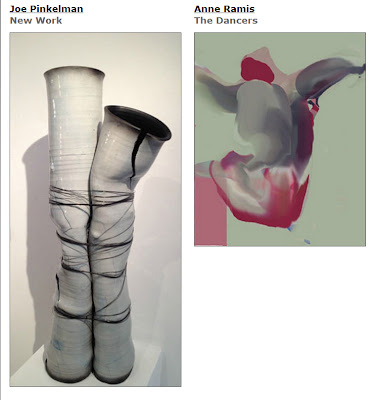 Posted by Katherine Kean at 10:11 AM No comments: