Although Darlyn Susan Yee has been creating containers in various media since childhood, for the last twelve years she's been stimulated by the textures that the knotting process yields. Through her study of the human form and character, Darlyn realized that we judge others by their appearances and attire, or their own personal containers. Fascinated by its simplicity and raw beauty, Darlyn has chosen cotton fiber for this series. Employing the basic knots - Lark's Head, Overhand Knot, Half Hitch, Clove Hitch and Reef Knot - she has created non-functional objects of art to be enjoyed and passed to future generations. Darlyn has hand-built each piece knot by knot, just as one would shape or form a clay object. Utilizing the knot structures and fiber properties, she has encouraged the final shape of each unique sculpture.

Carol Kleinman is known for her unique ability to capture and highlight the "mystery in the mundane" through her bold, unmanipulated single digital exposures printed on canvas. In her latest exhibit, Kleinman's creative use of window reflections that capture images from inside and outside at the same time, allows her to depict the complexities of Paris life while simultaneously drawing out universal human themes. Whether or not one has ever traveled to Paris, Carol's work provides a gateway to get lost in the moment and discover the multiple realities that present themselves to us, but so often get overlooked as we rush through life. These reflections provide an emotional glimpse into the life, the charm, and the soul of one of the most beautiful cities in the world.

Betty Sheinbaum is neither a struggling newcomer nor a jaded veteran. Coming to art seriously in the 1950s, long before feminism carved the freedom for women to select and juggle roles, Betty has led a full, complex life packed with "other concerns." Nonetheless, she is a true artist. Betty's latest series, People, goes beyond mere portraits and explores her subjects on a deeper level. She captures them mid-activity in order to translate onto the canvas how the participants are pouring out their hearts and souls. For the last 40-odd years, Betty Sheinbaum has worked in painting, sculpture and weaving.
Posted by TAG Gallery at 9:14 AM No comments: 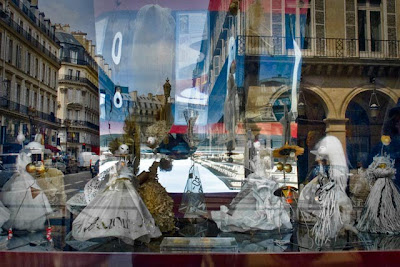 With bold, unmanipulated single exposures printed on canvas, Carol Kleinman presents Paris through a series of complex reflections on windows.

Where did you grow up? Do you feel that environment has had an effect on your artwork?

Hawaii is my place of birth and where I spent my formative years. The Islands had a profound effect on me. Growing up I remember mystical, visual stories of the past layered with the reality of the present. In my work, I look for layers of reality through reflections on windows. I combine what is inside with what appears outside in an attempt to challenge the viewer to look at mysterious layers that float just below the surface of life. To give that moment a sense of immediacy, I do not manipulate these images. What you see is what I saw.......a fleeting moment....a place in time.

Can you teach somebody to be an artist or is it an innate ability?

I do believe art can and should be taught. I also believe people who become artists are born with an unstoppable need to create art. For us it is more then "should" I create art - it is what, when, how, where, now! We need to do this.

Why art? Why not writing or theatre?

I was very active in theater in high school as well as art. In collage and graduate school I concentrated on art as my medium for expression. I have worked with many art mediums and have a teaching credential in ceramics. I came upon photography in the last 10 years when I realized I could capture wonderful, complex images using windows and reflections on glass. These reflections constantly surprise me. I feel the more I do this work the more complex the images become. With this latest work the images go from the strange layering of "Window Dancing on the Rue de Rivoli" to the almost minimal "Tour de Eiffel Bus Window". Both of these images magically appeared in my camera.


Are there any artists, historical or contemporary, that you feel have been an influence for you?

Art History is one of my passions. I've learned from artists past and present. I'm particularly interested in photographers who have worked with reflections since that is the scope of the work I have chosen.


Does your own life experience play a role in your imagery?

I love being an emotional, intuitive, feminine human being. My work is an extension of that. I offer my complex multi layered images to viewers as a metaphor for the human condition. Being human is complex, layered and even mysterious. With my work I try to bring all of this to the viewer......plus some joy, fun and,
of course, a touch of humor.

An Interview With Darlyn Susan Yee 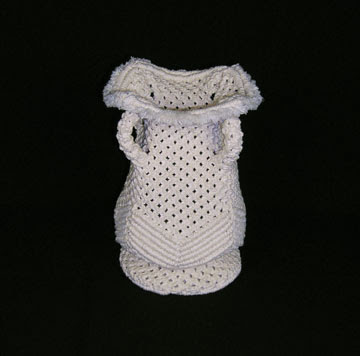 At what point in your life did you decide to be an artist?

I don’t think I really decided. It decided for me. I started entering some of my craftwork into fairs. From there it was recommended to me that I should put some work in galleries and that the best way to do that would be to enter competitions. So I started getting my feet wet there. And that’s how it all started happening.

Is the craftwork you started with related to what you do now?

I started knotting when I was about 9 years old. That’s the one constant throughout my life. That’s my favorite medium. I also paint and have done some paintings that have sold, but I’m thrilled by the knotting and what I can do with it. It’s a guilty pleasure in a way to be able to do what I want to do.

How did you learn knotting?

I was at summer day camp and we started on basic knots to form things around the campsite. We made a belt and a little pendant and all sorts of little decorative items and I thought that’s really cool, I could do a lot with that. Since then no string was ever safe with me again.

What is it about the string, or the knots that you like?

I like the ability to make a fabric, to make a structure, to construct something. I am really in a way hand building my forms, knot-by-knot, piece-by-piece and choosing the knots that will help it to stand up, that will help it to move in a certain way. There aren’t many people who knot structurally. Jane Sauer is really my inspiration. She currently has her own gallery. Her work is hard to find online, but she has pieces in the Smithsonian American Art Museum and the Museum of Arts and Design.

Can you share about your technique? Or is it a secret?

It’s not a secret. In fact I’m working on a book right now about the knotting techniques. It is a “how to” and has a segment that has some of my artwork. I was really lucky to be tapped - right after being included in 100 Artists of the West Coast II, one of the editors wanted me to write this book. I’ve never written a book. So again, I’m trying something I’ve never done, but I’m really enjoying the process. It’s causing me to analyze everything that I do: “Why is this not working, why am I still doing it?” It’s been enlightening to go back to the basics and find the words to describe what is second nature to me. 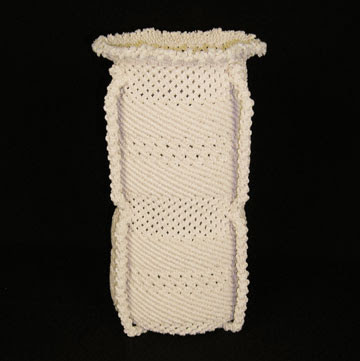 Do you have an idea in mind before you start about what it’s going to look like?

I have a general plan. I don’t work from patterns or anything like that. I’m an anti pattern person. I like trying to build something. Awhile back I looked at a tree and I said, “I bet I could make that in knots”. And I made an abstract knotted tree that people do recognize is a tree.

How often do you start a new work?

Not often enough. I get sidetracked by gallery work, various obligations, family things. At this point I haven’t been starting new pieces more than once every three months and completing them about once a year. They really are time consuming. What normally happens to me is that I get a burst of desire to complete - right around show time. I pull a few all nighters and get it all finished. I decide what’s the closest and I often have to set a piece aside because it’s not clear where it needs to go next. Everything lives in a corner somewhere and I pull out a piece when I see what I need to do with it. And I always work faster on a deadline. I grew up in magazine publishing and the idea of the deadline and how do I get to that point from here. I have to set my own deadlines in order to get things accomplished.

Is there any separation between your "normal" life and your artwork? If so, how do you manage to keep each in its place?

I really strive to do work at work and as soon as I leave I can put on the other hat. I try and keep it really separate and distinct – I wouldn’t want my employee doing something else on the side while I was paying them.

There’s a lot to being an artist that isn’t about doing the actual work. There’s the website, there’s trying to develop some sort of blog, I’ve been hammered recently, “Why aren’t you on Facebook? Why aren’t you Twittering?” If I had eight arms and maybe four brains I could do all that. There’s a lot that goes into it. I realize that I’ve had accumulated a lot of knowledge about the various pieces along the way. The skills I’ve acquired in my normal life have informed my work and life as an artist, and vice versa.

Do you find that your own life experience plays a role in your imagery?

Sometimes. I know that some of the first few pieces that I created I could correlate to dreams that I had, that I really wanted to flesh out. Not everything though. More of my recent work is just things, trying to represent things and people and thoughts, clearing out the clutter in my brain with all those projects that I’ve wanted to do. The last several years have been about clearing the clutter in my life. Part of moving is reassessing, “What did I have this for? Why haven’t I used it again,” and clearing some of that out, finding new uses for things, finding new ways to express using the tools that I have.

Does art serve a function beyond decoration?

Yes. I think most artists will say the same thing – that it’s meditative. They get into a groove, they get going, and where does the time go? I have to set an alarm to tell myself to do other things if I allowed myself, I would procrastinate on everything else. I’d rather be knotting, but the balance of activities is better for me in the long run. 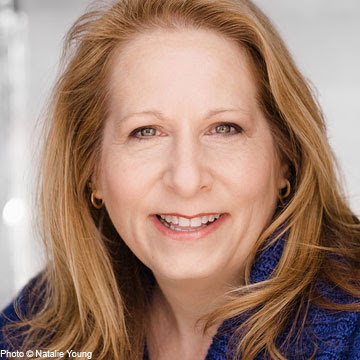