The exhibit runs through September 18.
Posted by Anne M Bray at 5:28 AM No comments:

Suki Kuss' latest show, State of Grace, reflects her feelings surrounding the past year -- a year in which her time was divided by the intensity of family life and the steady pull of her artistic instincts. Working was difficult and time spent in her studio was limited. The body of work resulting from her efforts represents that solitary limitation, each piece a complete yet delicate visual note.

Still using an austere, nearly monochromatic palette, Kuss' self assured quietude reinforces the title of her show. Her abstractions are filled with mysterious icons and highly feminine materials, lace, maps and line work.

Joe Pinkelman, Plates
Plates, the new series of work by Joe Pinkelman, are decoratively and abstractly patterned plates. Some of the plates are cut away which breaks up the outer circumference of the form. Yet they are interlocked with plates that aren’t cut which forces the viewer to see the image as a whole, unified visual experience. Patterns are created by the surface and by the actual configuration of the plates themselves. What initially seems disjointed is actually a rhythmic unification of surface and form.

These pieces toy with the notion of Functional Art. As plates, they are completely functional, but once hung on the wall, and particularly grouped as Pinkelman has, they confront the viewer’s preconceived notions of what plates are for. Forcing the viewer to look again and more inquisitively is a trademark of Joe Pinkelman’s work.
Posted by Anne M Bray at 7:55 AM No comments:

Picasso has always been my favorite artist. Les Demoiselles d’ Avignon is an homage to him, but it is Picasso my way.

Picasso is noted for projecting both his mood and personality on to his canvasses. When he painted Les Demoiselles, he had just broken up with his mistress and expressed his sadness, anger and his hostility toward women in the painting: The subjects are brothel workers. Some of the figures are unflattering, unfeminine. (In fact, two were originally men, which he only partially converted to women.) Some of the faces are grotesque.

In my rendition, I eliminated the facial features entirely and softened or feminized some of the bodies. What remains is the beauty that attracted me to the piece in the first place: The wonderful symmetry of the placement of the figures and their perfect relationship one to another. The beautiful color and flow of the drapery and the audacious attitude of the women.

I worked on this piece for a good two months. In an attempt to do honor and be true to an artist and piece I held in such high reverence, some parts were done over and over. In producing my own rendition of this work, and becoming intimately involved in its every detail, I came to renew my appreciation and admiration of Picasso’s skill, genius really, in draftsmanship and composition. I also got to spend a good amount of quality time with my favorite artist.
Camey will be discussing her art and process at a TAG Artists' Talk on Saturday, July 11, 3pm.
Do you have any questions for Camey? Leave them below in the comments.
Posted by Anne M Bray at 8:15 AM No comments: 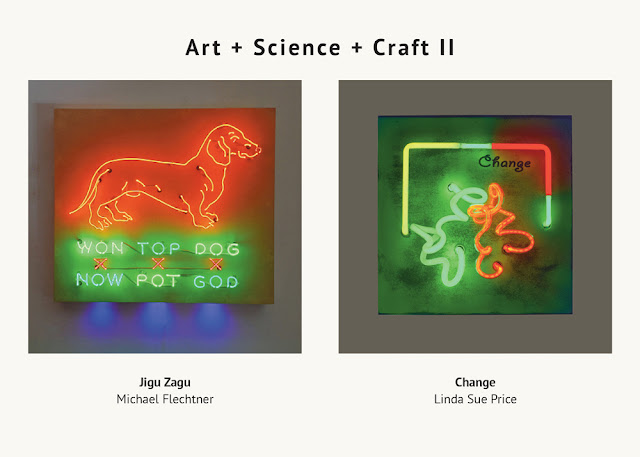