Our favorite munchies, whatever they might be, for breakfast, lunch, or dinner, are all represented in Polonsky’s latest work from his on-going food series. Munchies incorporates large-scale, vibrant, three-dimensional artworks that are dramatic testament to our cravings for our favorite foods and the human desire to consume.
Polonsky continues his exploration of materials and the creative process itself, utilizing engineering, sculpting and painting to create his fully rendered, textured, and sculptured canvases.
Polonsky's food series implores viewers to touch and experience each piece as it’s own installation, with every angle offering a new and profound experience of the work.
From the huge Ice Cream Cone to the more reasonably sized bag of Jack in the Box Onion Rings, to the Gummy Bears, Munchies never fails to celebrate fun in its pieces.
Are you hungry yet?

The exhibition runs through June 10.
Curious about Gary's process?
Meet him at the Artist Panel, Saturday June 3, 3pm
Posted by Anne M Bray at 6:12 AM No comments:

Jerry Hardin’s debut exhibition at TAG Gallery entitled Bone Sculpture showcases Hardin’s mastery over the complex yet sublime medium of bone. Organic in nature and protected from the sun and water, bone has an unlimited life span which is exploited by the artist as he carves and builds sculpture that reflects our times and concerns.
Hardin finds bone innately expressive, where dynamic action and personality can be found in its many grooves, curves, textures and shapes.
To this end Hardin utilizes bone to suggest inferences about form that are distinctive and sensational, alluding to structural imagery and subject matter that is both natural and imagined. Consequently, this work touches upon elements of rebirth and resurrection.
Taking what was once alive, Hardin molds and crafts the material with his own mortal touch, breathing in a new found utility for his individual pieces that elevates Bone Sculpture from being an exhibition showcasing sculpture to one showcasing repurposed life. It is Hardin’s desire to bring unique communication and beauty to the viewer with these bones.

The exhibition runs through June 10.
Curious about Jerry's process?
Meet him at the Artist Panel, Saturday June 3, 3pm
Posted by Anne M Bray at 5:48 AM No comments:

Though married to the earth, Donn Delson finds himself perpetually drawn to the sky for the unencumbered, unfamiliar, and consistently wondrous perspective it provides.
Fortunately, Delson has no fear of heights and loves the adrenalin rush as he shoots from ‘doors off’ helicopters. “I have to regularly remind myself that the only way I can share the magnificence of what I’m seeing is to remember to click the shutter.”
The Aerial series is a combination of his love of the unexpected perspective, often incorporating the abstract, symmetry, and the enigmatic. For those of us who would tremble at the thought of hanging out of a helicopter from heights up to 10,000 feet, Delson’s images afford the viewer a rarely seen eagle’s eye view of our world below.
Delson produces high resolution, large format pigment prints, often 48 x 72 inches, face mounted under specially manufactured clear acrylic for maximum clarity, encouraging viewers to immerse themselves visually in his work. 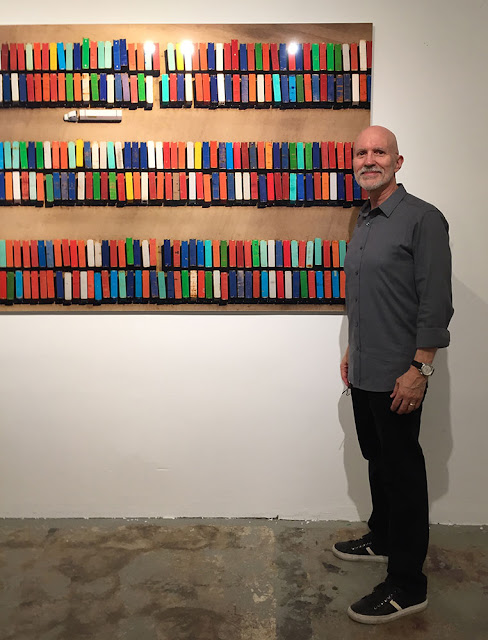 The exhibition runs through June 10.
Curious about Don's process?
Meet him at the Artist Panel, Saturday June 3, 3pm

In this era of alt-facts there is a systemized effort to delegitimize truth by creating fake news that feeds into conspiracy fears and cynicism. It is an attempt to create enough confusion so that touchstones could be lost.
Enlightened Systems is a response coming from the perspective of civility where there is a sense of inclusivity and respect. Black Elk, an indigenous Great Plains medicine man, speaks of this in his quote, All things are our relatives.

This was not an uncommon perception of the world prior to the Greeks. Around 450 BC, philosophers known as Sophists thought that “man is the measure” of everything. In other words, they thought that the only things that matter are human beings and the way we see the world. As their philosophy developed, human beings were elevated to one of greater importance.
The Black Crow quote is a reach back to a different system of thought. All things are our relatives is a form of the golden rule but is more inclusive—a system of thought and enlightenment that asks us to be kind, tolerant and respectful of all life.
In this series, the artist represents elements that make up the whole from healing plants, chemicals that destroy and the out of control—weeds. Respect is the bottom line. 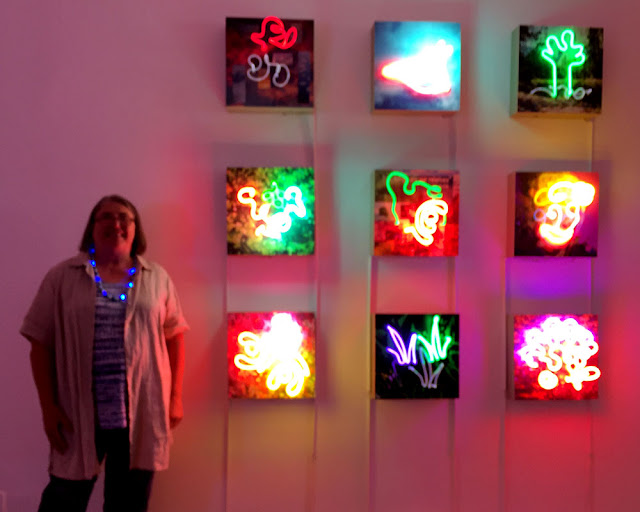 The exhibition runs through June 10.
Curious about Linda Sue's process?
Meet her at the Artist Panel, Saturday June 3, 3pm
Posted by Anne M Bray at 5:00 AM No comments:

From Bergamot Station to Museum Row

Once upon a time there was a cluster of more than 30 fine art galleries in Santa Monica near a dormant train station. The Bergamot Station Art Center with its crumbly parking lot and charming, funky structures was a destination for visitors ranging from the local community to international art collectors. For 26 years small showrooms flourished alongside major galleries and attracted thousands to enjoy original art for free.

Then the train came and brought developers. At the end of 2016, approximately half of Bergamot Station Art Center was sold. Red Car, the buyer, paid $35 million for the buildings that housed 18 galleries and other tenants. They raised the costs of staying beyond what independent galleries and small businesses could afford, in effect forcing them out.

Several are already gone including: Ruth Bachofner Gallery, Hiromi Paper, and Writers Boot Camp. Others are in the process of leaving. Some are negotiating to stay a little longer if their leases allow, and temporary installations may crop up for a while.

But this is a story about prevailing, and how TAG Gallery found a new home at 5458 Wilshire Blvd., on Museum Row just blocks from LACMA, more than double the size of its former gallery.

As happened to the other galleries, the new Bergamot ownership increased TAG’s costs far beyond what would be possible. But TAG isn’t quite like most others. The artists the gallery represents actually own the gallery and employ professional staff to run it. 30 to 40 stakeholders were not about to give up on the gallery’s growing success after almost ten years at Bergamot Station and more than 20 years the gallery has been in business.

Rakeem Cunningham, the gallery’s Director commented, “TAG artists are an eclectic bunch. They really value their artistic independence. I wondered if we could find a gallery space large enough for 40 art shows throughout the year and if all these very different creative people could agree on it.” That began the adventure of finding a new location in Los Angeles’ daunting real estate market.

For several months, the search went on. Joe Pinkelman, TAG’s president, said, “As anyone from L.A. knows, Santa Monica prices are impossible. We were willing to join the art scene downtown, so we searched there. We found a second floor with a staircase too narrow for art, an old church that couldn’t be seen from the street, buildings that needed total renovation, and one where the landlord threatened to throw the gallery out with no notice if he didn’t like something. We saw an ad for a place in the Culver City Art District. Great, we thought, except that it turned out to be a storefront far from the arts district in the middle of nowhere.”

Pam Douglas recalled, “The artists were getting worried because the gallery couldn’t stay at Bergamot another month and pay the huge new charges. It seemed for a moment the choice was the impossible second floor, the invisible church, the angry landlord, or the storefront from nowhere. Or closing down. TAG Gallery would be gone.”

“And then the clouds opened,” exclaimed Tom Wheeler. “There it was, right on Wilshire Blvd, immense and empty: 5458 Wilshire, a 1927 building near the Craft and Folk Museum, the Petersen Auto Museum, just blocks from the Los Angeles County Museum of Art. It has 5,200 sq. feet of exhibition spaces on two floors compared with 2500 sq. feet we had at Bergamot.”

Cunningham explained, “The additional space means the gallery can expand in many ways including its annual juried exhibition, The California Open. That gets around 2,000 submissions from all over the country and now we can exhibit more of those artists.”

He continued, “That’s when the TAG artists rallied. We all formed a force that had not existed in the gallery before. The artists themselves raised the cash for the renovation and worked like crazy towards the opening in May.”

Douglas reflected, “I’ve seen TAG grow from a small artists collective on Santa Monica Blvd., many years ago, to the art gallery at Bergamot Station, and now I’m witnessing it evolve to its next stage as a major art space on Wilshire’s gallery row.”

The first show in the new building opens May 16 and has a public reception Saturday, May 20 from 5 to 8 PM. Featured artists are photographer Donn Delson, bone sculptor Jerry Hardin, pop artist Gary Polansky, and neon artist Linda Sue Price. In addition, there will be a group exhibit of individual works by other TAG artists.

TAG Gallery
Opening Exhibit
May 16 to June 10
Reception: Saturday, May 20 from 5 to 8 PM
Free and open to the public

Email ThisBlogThis!Share to TwitterShare to FacebookShare to Pinterest
Labels: About TAG Gallery 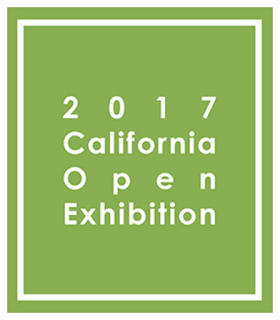 The 12th Annual 2017 California Open is a juried exhibition celebrating contemporary and modern art created by emerging artists. TAG is now located at 5458 Wilshire Blvd, blocks from LACMA and the Craft and Folk Arts Museums. Previously located at Bergamot Station, our new exhibition space is 5,400 sq. ft., twice the size of our previous gallery space. We are excited about our new, bigger space and will be able to accept more CA applicants and bigger work this year!

JUROR
The 2017 Juror is artist and curator Scott Canty.
Scott Canty earned a BFA in drawing and painting from California State University Long Beach. Canty has been a graphic design instructor for the City of Torrance Joslyn Art Center as well as the Center’s Art Curator. Canty has held the positions of Art Curator with the City of Los Angeles Department of Cultural Affairs and the Director of exhibitions at the Palos Verdes Art Center. Recently Canty held the positions of Senior Curator for the LAX ART Exhibition Program and the Director of the Los Angeles Municipal Art Gallery. He also organized exhibitions for other City facilities and programs. He held this position for 30 years until he retired in July 2016. Currently he is painting and working on his drawing series. We're privileged and delighted to have Scott as our juror.

All entries must be submitted online at www.callforentry.org
See the full prospectus here.